Season of cricket begins… All focus is to the land of Kiwis and Kangaroos… Expecting some thunder down under !!!

Again for sports in India, nothing gets bigger than the Cricket World Cup and so for the mightier brands out here. Star India is all set to count it big this time with a diversified telecasting strategy. None ever dared to try it before, 2015 edition ICC WC will be available in 4 language channels and that too with the commentary in the respective regional languages. Kudos to the idea and execution team. States with strongest regional flavours like Tamil Nadu, Kerala, West Bengal and Karnataka will get to enjoy the local flavor and style this season. This is apart from the Hindi and English telecasting by Star Sports. The idea behind this whole regional proliferation may be; is to target the varied audience down south and in West Bengal who are not so good good with Hindi... Star Network's acquisition of Asianet group of channels in Kerala & Karnataka markets and their own channels Star Vijay and Star Jalsha paved way to endeavor this experimentation. 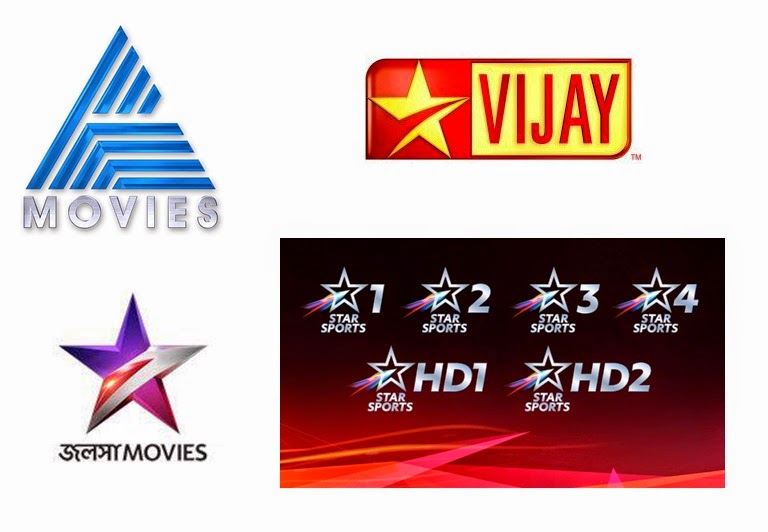 Commentaries in local slangs and localist approach will do wonders for the advertisers to reach the same audience in a different feel & experience altogether. And for Star Sports, more and more undiluted share of the advertising pie. A leading jeweler/textile brand in Kerala who don’t have presence outside Kerala can try his luck with cricket fanatics here without creating a big hole in his pocket, which otherwise will be difficult to get a cricket atmosphere to promote their brands… Similarly Airtel or Vodafone who have an exclusive campaign/offer for Bengalis can reach the same cricket fans without any spillage. Also options of a Malayalam/Tamil/Kannada or Bengali dubbed ad of same Hindi ads of YepMe Fashion, Maruti Cars or of Axis Bank would be a great strategy to target regionally. In short, this whole trend can have a better aggregation of TV audience. So these permutations and combinations lead to umpteen opportunities for Star Sports this season through this well thought regionalizing of World Cricket. This trend would be the first in World Broadcasting History. 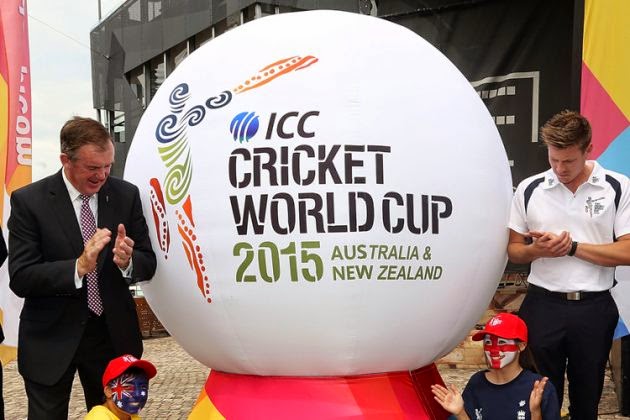 All said and done, the biggest question remain as it is, would all this effort last the whole tournament or is it just about Team India’s journey in the WC Campaign ?!!! We have seen the debacle in 2007 Windies WC where brands pulling out their campaigns. This is why World Cup Cricket has always been the biggest gamble in brand investments, even bigger than the stock market speculations. So its just not the hopes of billion cricket fans in India, hopes of numerous Indian brands as well… 2011 Cricket World Cup had generated 90% share of Indian TV viewership, hope the trend continues this year as well.

So all set to a wonderful season of cricket. Announcement of 4K transmission, Gillete’s best ever TVC, the most hyped India vs Pak match and the funniest ad by Star sports, Ranbir’s ad for Lays Potato Wafers’ etc would definitely add more spice to the World’s biggest cricket scenario.


"I'd Like to Teach the World to Sing (In Perfect Harmony)" is a popular song which originated as the jingle "Buy the World a Coke" in the amazing 1971 "Hilltop" television commercial for Coca Cola... This one commercial is considered as one of those path breaking ads that paved the way for Coke ascend to brand stardom .

"Buy the World a Coke" portrayed a positive message of hope and love sung by a multicultural ensemble of teenagers on the top of a hill. "Buy the World a Coke" repeated "It's the real thing" as Coca-Cola's marketing theme at the time and that made the trick... but wait- the story is full of twists, the TV ad was not the one that came first , the song was first made and then released as a radio commercial in 1971.

The TVC directed by Roberto Malenotti had its share of issues which sounds quite strange when one sees it from today. The first shooting was spoiled by rain and many many location issues.  Made for $250,000 - a huge price then was first aired in July 1971, this had a multicultural group of young people singing the song on a hill . The global unity of the singers is emphasized by showing that the bottles of Coke they are holding are labelled in a variety of languages. Another version shows the same group in the night with candles in hand and that in a long shot resembles the Xmas tree and hence used for many years as an ad that would appear during Xmas !

Many years down the line and many re incarnations later , the original Hill Top ad is still the best and a must see and ponder wonder for ad students and practitioners alike ....

Salutes to the master brains that worked to make this wonder possible...
Posted by Krishnabhaskar Mangalasserri at 8:25 pm 0 comments 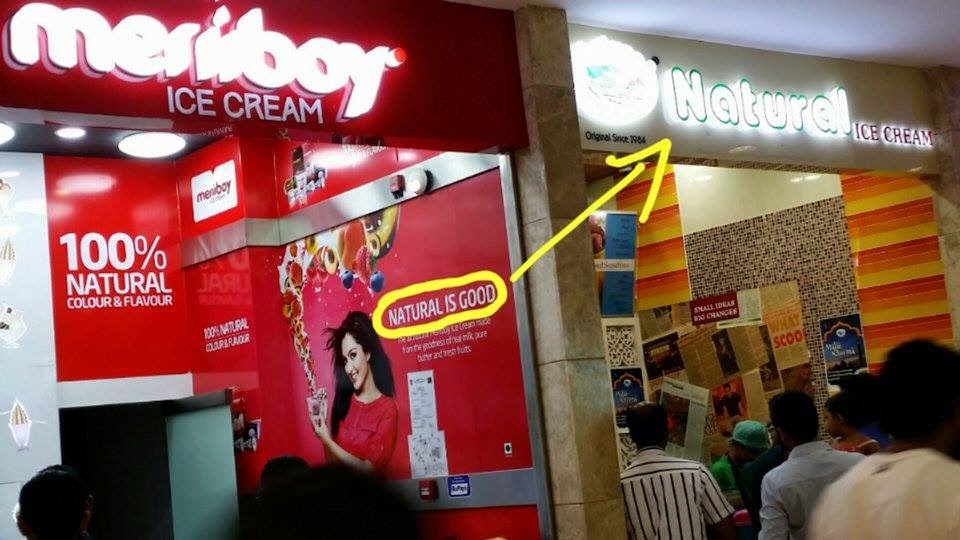 Merriboy Icecreams , some time back refined and redefined the whole ice cream market in Kerala by their positioning which was "100% natural and the only natural ice cream that it was" etc etc thereby distancing away from the other players that lead from the front till then !

Suddenly there was an awareness about the frozen desserts that was mistakenly bought by uninformed customers as 'ice creams' and thus Merriboy made the big leap . a whole new redefined category was all theirs .

Now when we see we see ICECREAMS everywhere , made even by the traditional frozen dessert makers, thanks should be given to the strong NATURAL is good position that Meriiboy put up.

Not to be left alone- they were soon joined by NATURALS , a big name in the ice cream market with multi city presence and an even more NATURAL menu to boast about . This, but did not give the Kerala based 'Natural is good Merriboy' any reason to be worried . They hired Manju Warrier - the timeless Malayalam actor to endorse their tag line and make the brand even more yo yo and well known !

The picture above is taken from Lulu Mall  in Kochi where the Merriboy store ( which proclaims that NATURAL IS GOOD ) has a NATURALS store very next to it ..

If the confused buyer takes this one as one honest and candid confession from Merriboy , well then the boy may have some reasons not to be so much MERRY about !

Till then , YES , Natural is Good !
Posted by Krishnabhaskar Mangalasserri at 1:32 pm 1 comments